‘Games of the past’ an e-Twinning project,it is also the titel of the meeting
with a guest of older age e.g. grandparents, who will tell and present the
local, regional games of the past. Students are presented with two games
and they vote for the best one. They learn the rules, distribute the leaflets
among school students and play it in their age groups.Each group records a
film -tutorial and sends it to the other countries to teach the game. There was
a sport tournament in Romania for students.

GAMES OF THE PAST

One autumn noon, we invited to school one of the grandfathers, who agreed on telling our students a couple of stories from the past 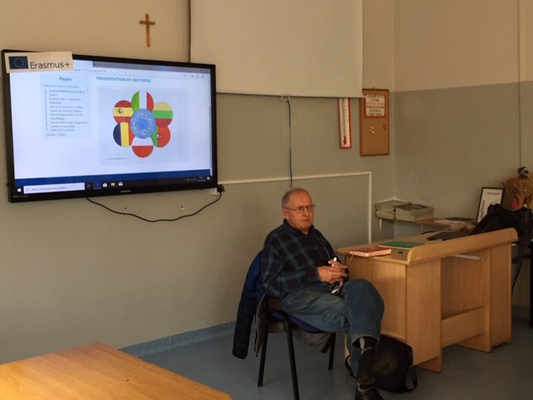 Our guest descibed his childhood, which unfortunatelly fell on the period during and straight after WWII. Although the children had no access to toys or sports facilities whatsoever, (which nowadays are at kids’ fingertips), children did play and did have fun. Among many different stories, Mr Nalepa told us about a ball, called ‘szmacianka’ that children used to prepare on their own. It was generally made of fabric or different pieces of cloth. Boys played it as a football, but the rules concerning the munber of players weren’t strict, because children had to take care of their younger silbings – (which was very common then). As the families used to be large there were many chilren playing at the same time. And usually there weren’t two goals – just one with one goalkeeper. 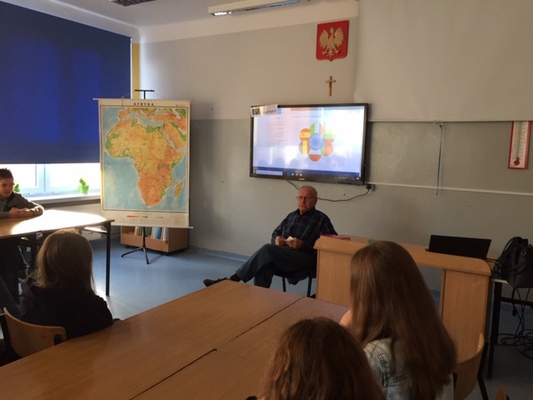 During winter kids used to skate on frozen ponds and lakes, but obviously, not many had skates – so they tried to make them with fathers’ help using variuos metal parts that could serve as DIY skates.

But their most favourite game (played mostly at schools) was called ‘cymbergaj’ which is widely known abroad as coin football/penny football and if played on a special table – air hockey.

For playing students used coins and their combs or rulers  – the game took place especially on the classroom desks, but obviously not at lesson time. The teachers were very strict or and parents harsh (if informed on misbehaving). 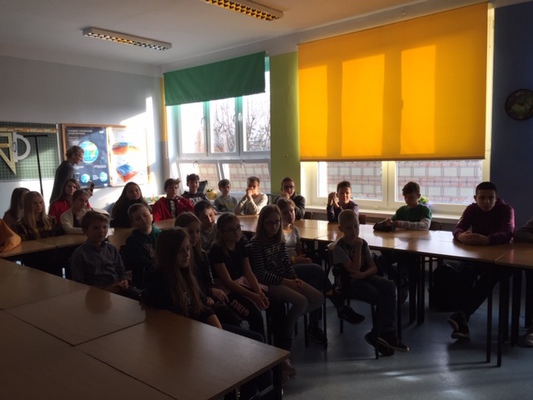 In our school we also tried do play ‘cymbergaj’ in the classrooms and as you can see, it’s a very cheering up game – here students of grade 7 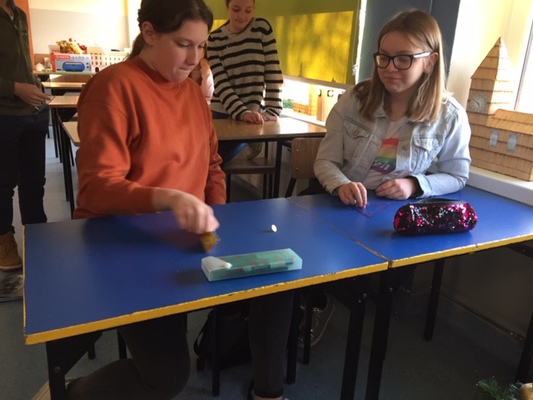 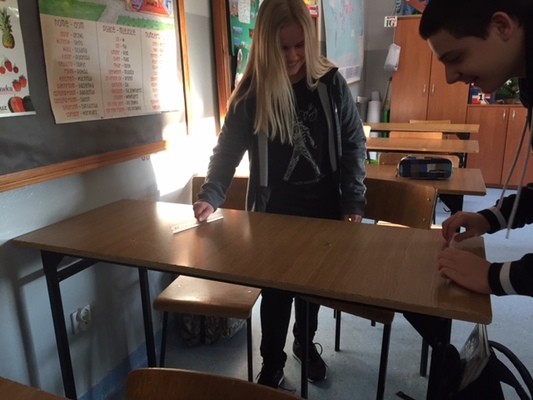 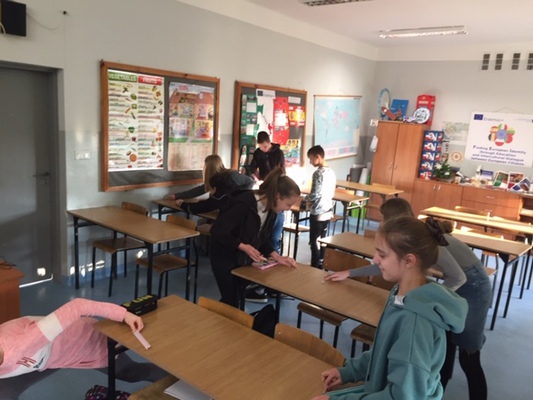 And the younger ones – also having fun 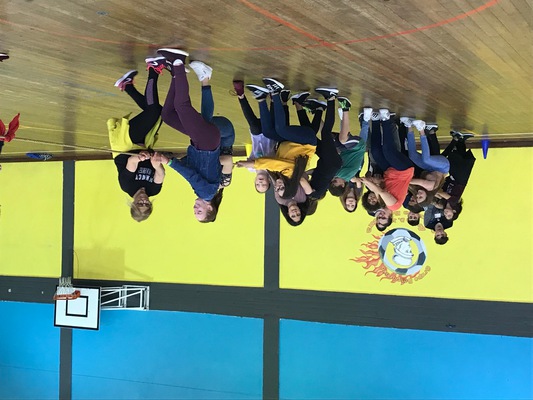 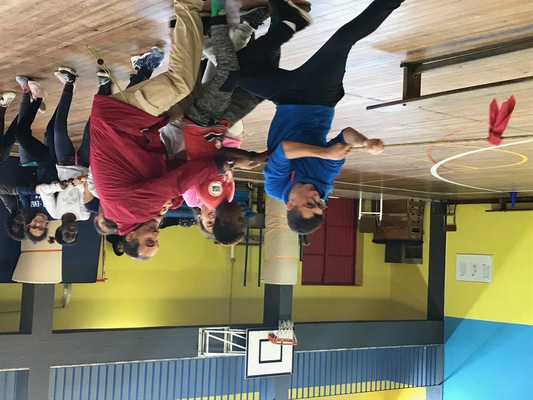 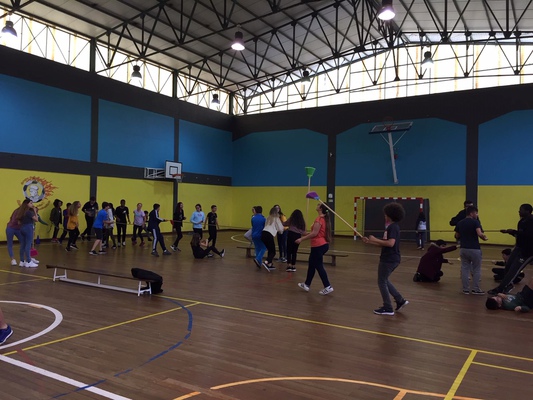 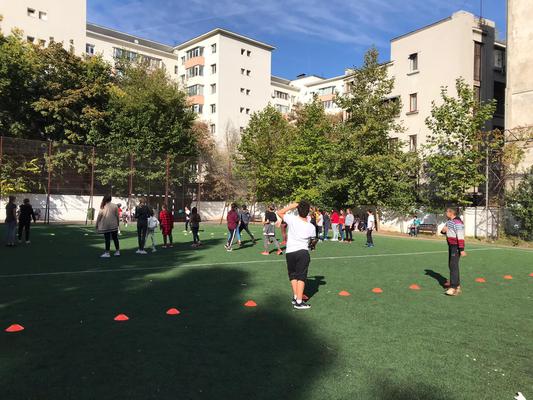 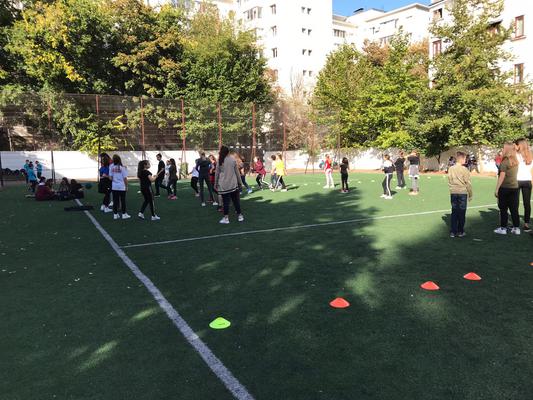 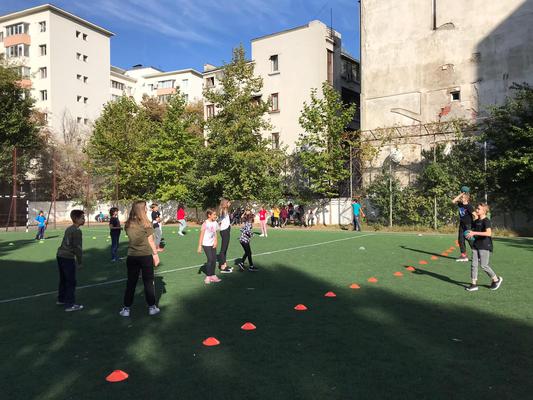 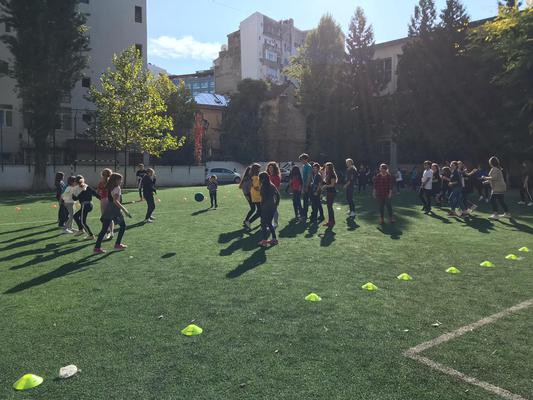 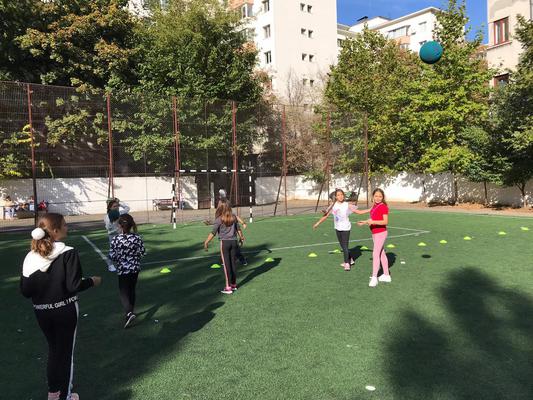 Prev Post
Next Post
© 2019 Secondary School No. 5, Bucharest
Back to Top
Enter your Infotext or Widgets here...